Life at EDI: Apprentices talk about what it's like to work at Edinburgh Airport

Ever wondered what it's like to work in an airport?

Well, two Edinburgh Airport apprentices might be able to help you there. Michael Taylor and Harry Chalmers each gave a fascinating insight into life at EDI, and what their typical day (if there is such a thing) involves.

Michael started out as a modern apprentice in 2016, one year after dropping out of university, and he now works as a fully qualified engineering technician.

He said: "As an apprentice, I gained knowledge of the airport and honed the skills that I still use day to day, working on the airfield, in the baggage hall, and in the terminal.

"The job involved, as it does now, performing routine maintenance, checks, scheduled and unscheduled repairs on things like air handling units, security equipment, building services and machines typically only used in airports such as baggage sorting systems and airfield lighting.

"On shift we also have to be ready to help in cases of emergency, such as during power outages or during accidents." 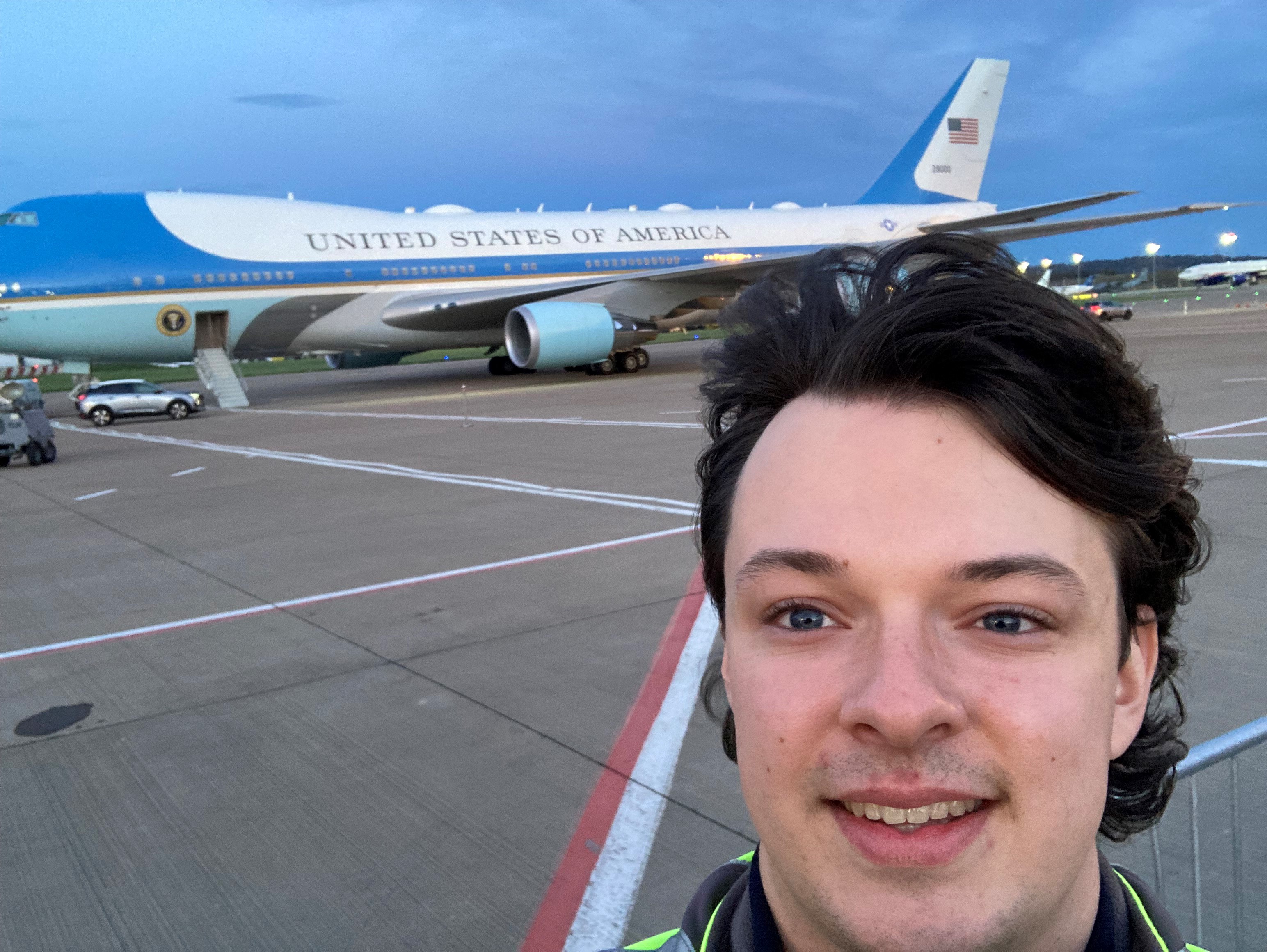 Michael explained there's more to being an Edinburgh Airport apprentice than just working in the airport itself.

He added: "As well as the day job, myself and the other apprentices would attend and present at high schools, conference centres, colleges, STEM events and Edinburgh Airport’s own visitor centre. There we would talk about and advertise our apprenticeships and run workshops for high school students through the Go4Set and Engineers of the Future programs.

"We would also compete in competitions such as Developing Young Workforces where we built a demonstration X-Ray belt exhibit and Fuel Change where we explored the use of repurposing retired aircraft as cheap housing."

Harry, an apprentice engineering technician, started at the airport in September 2018 having just completed a one-year pre-apprenticeship course at college. 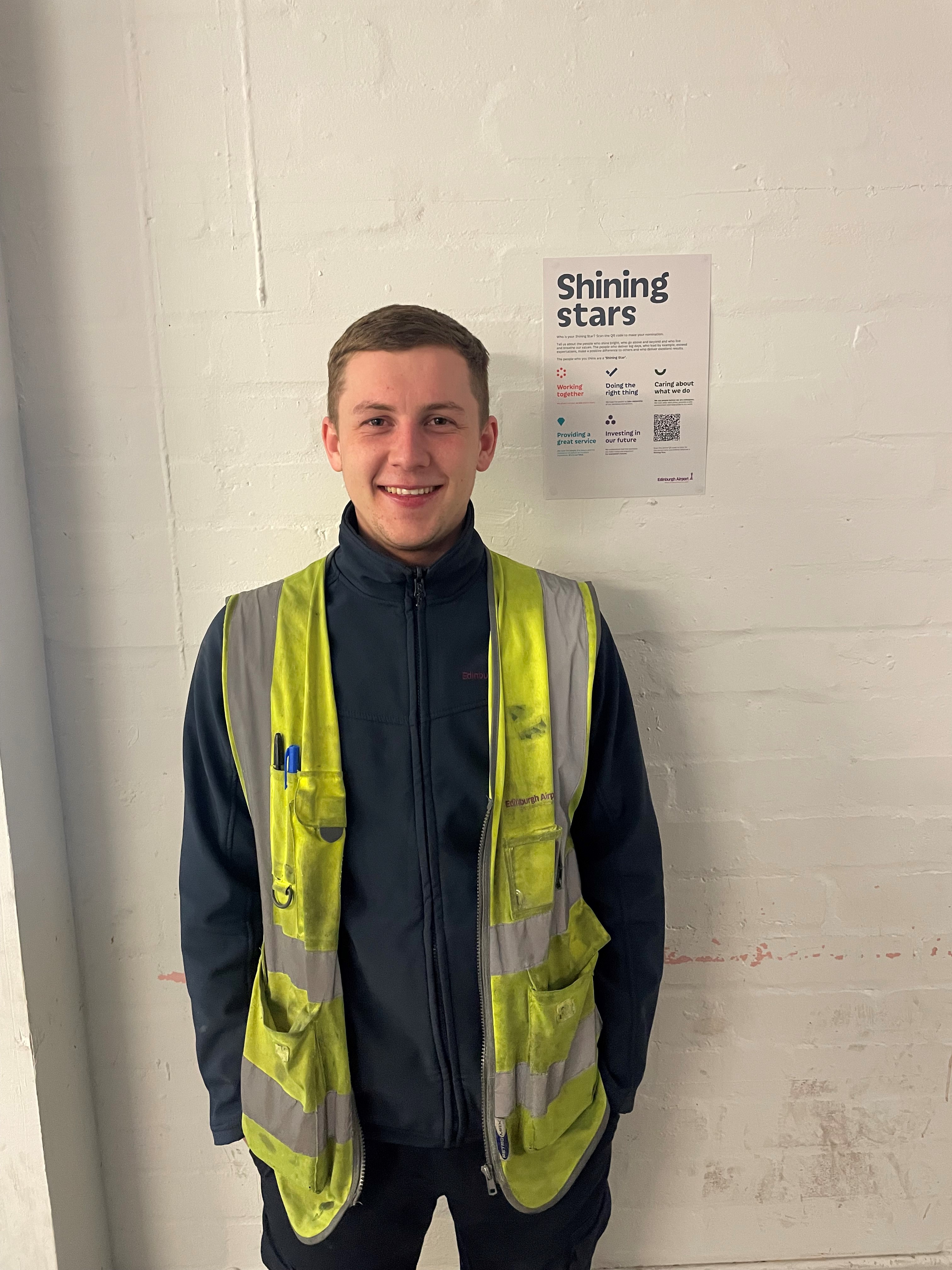 He spoke about how much he enjoys the variety his role brings.

He said: "In my first two years at the Airport, I was day shift, working 7am-3pm Monday to Friday. I found the wide variety of work one of the most appealing aspects of working at the airport as every day is different – getting the opportunity to work on equipment in the baggage hall, up in security’s main central search hall, out in the substations and the airfield, whilst also fixing internal faults in the main terminal."

Flying for all the family: Top tips if you're coming to Edinburgh Airport with the kids

In the third year of his apprenticeship his shift pattern changed and he ended up working seven day shifts and seven night shifts each month.

He added: "This enabled me to further develop my skills and work directly with my team leader and deputy team leader.

"Going on to shift gave me the opportunity to work nights and become familiar with all the jobs that take place at this time. I got a lot more experience working in the baggage hall and out on the airfield, as well as doing jobs in the terminal that can’t take place during the day."

In full: 14 stunning islands you can fly to direct from Edinburgh in summer '22

Michael and Harry were sharing their stories as part of Scottish Apprenticeship Week 2022.

For more information on careers and jobs at Edinburgh Airport click here.

Flying with the family: Top tips if you're coming to Edinburgh Airport with the kids

Travelling with young kids might seem quite daunting, but it doesn't need to be.

Get your caffeine fix before you fly: Options before and after security for a coffee

Whether you're after tea or coffee, we've got you covered!

Hand luggage rules explained: The items you can and can't take through security

We're answering all the big questions like 'do wet wipes count as a liquid?'

Our guide to airport security: The best ways to ensure a stress-free experience

A quick guide to navigating airport security like a pro.