Back to Travel inspiration
Published Apr 11, 2022

There really are some special things to see in Toronto. It's a city with a magnificent skyline, some wonderful architecture and a host of gorgeous greenspaces to explore.

With that in mind we thought we'd compile a selection of photographs which showcase some of its most picturesque spots, while giving a flavour of this thriving city - from its buzzing nightlife to its array of brilliant museums.

So here are eight images which provide a little taste of Toronto. 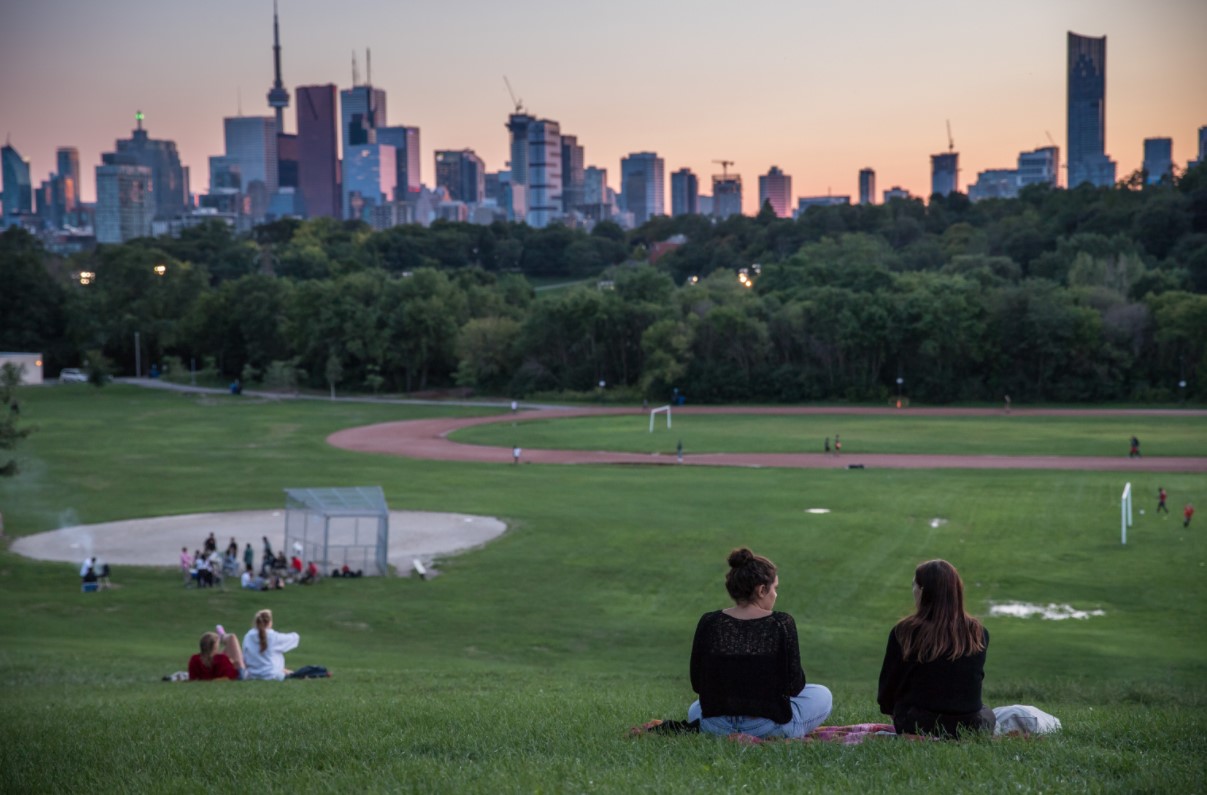 This park is known as a great place to relax and take in magical downtown views of the Toronto skyline. It's also a fantastic spot to watch the sun go down.

Set in 18-hectares, it's popular with locals for a number of reasons. There's an outdoor pool for people to enjoy in the summer, and outdoor ice rink in the winter and all sorts of sporting activities going on throughout the year, including tennis, hockey and even tobogganing.

Athens in pictures: The Greek capital through a lens, from sensational sunsets to ancient temples 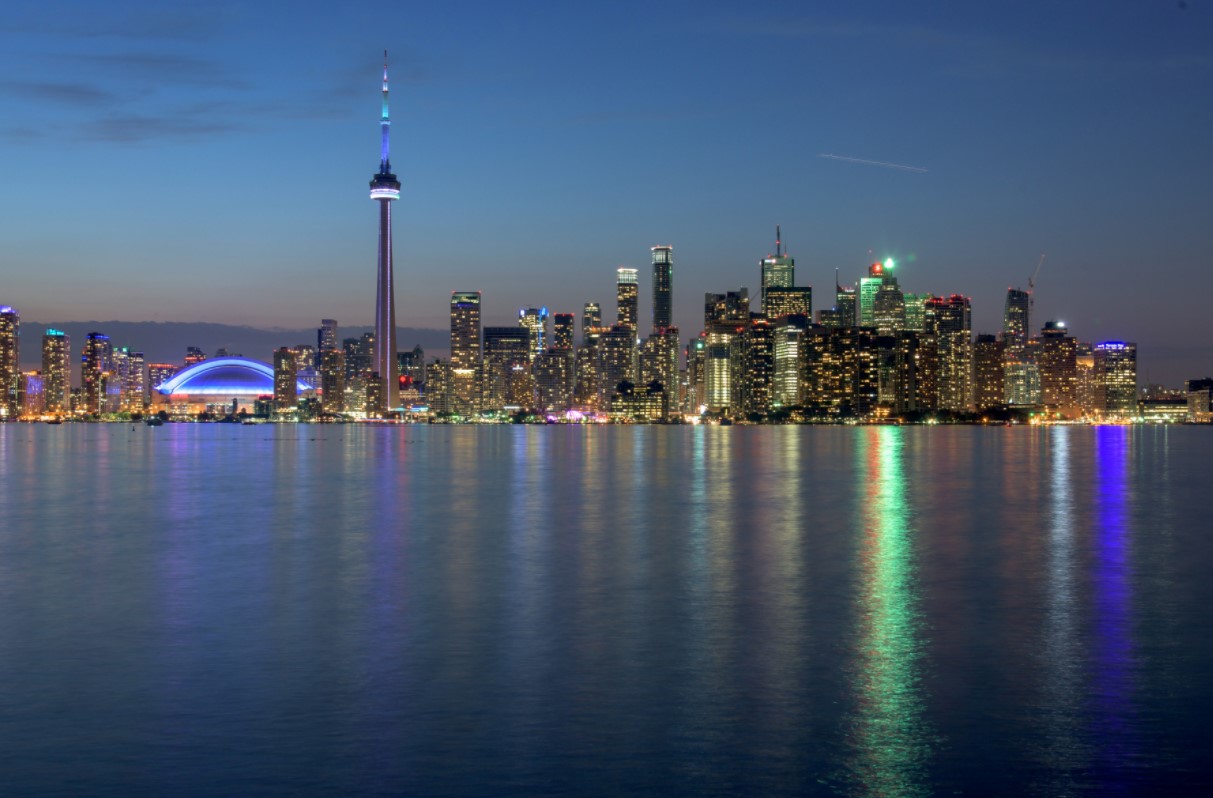 Talking of that famous skyline, it really is a spectacular sight. Dominated by the CN Tower, the cityscape is particularly impressive lit up at night - the bright lights of the skyscrapers reflecting on Lake Ontario to create a dazzling spectacle.

In addition to Riverdale Park East, there are a number of spots at which you can take in its beauty - Humber Bay and Polson Pier among them. 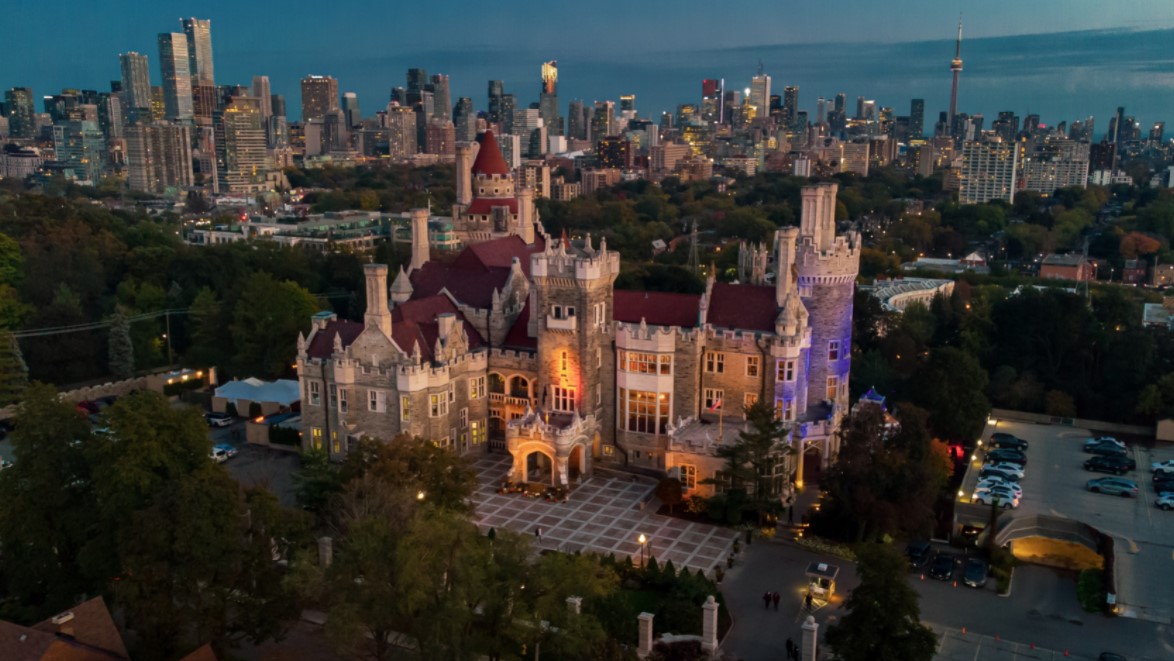 A Gothic revival-style mansion, Casa Loma is one of the city's most treasured landmarks. It has previously been named 'the best venue in North America' and the historic building, and estate gardens, which date back to the early 1900s, are often among Toronto's most popular tourist spots. While it caters for huge events and exhibitions, visitors are also able to explore it for themselves and enjoy a tea or coffee in the special surroundings.

Dizzying heights at the CN Tower 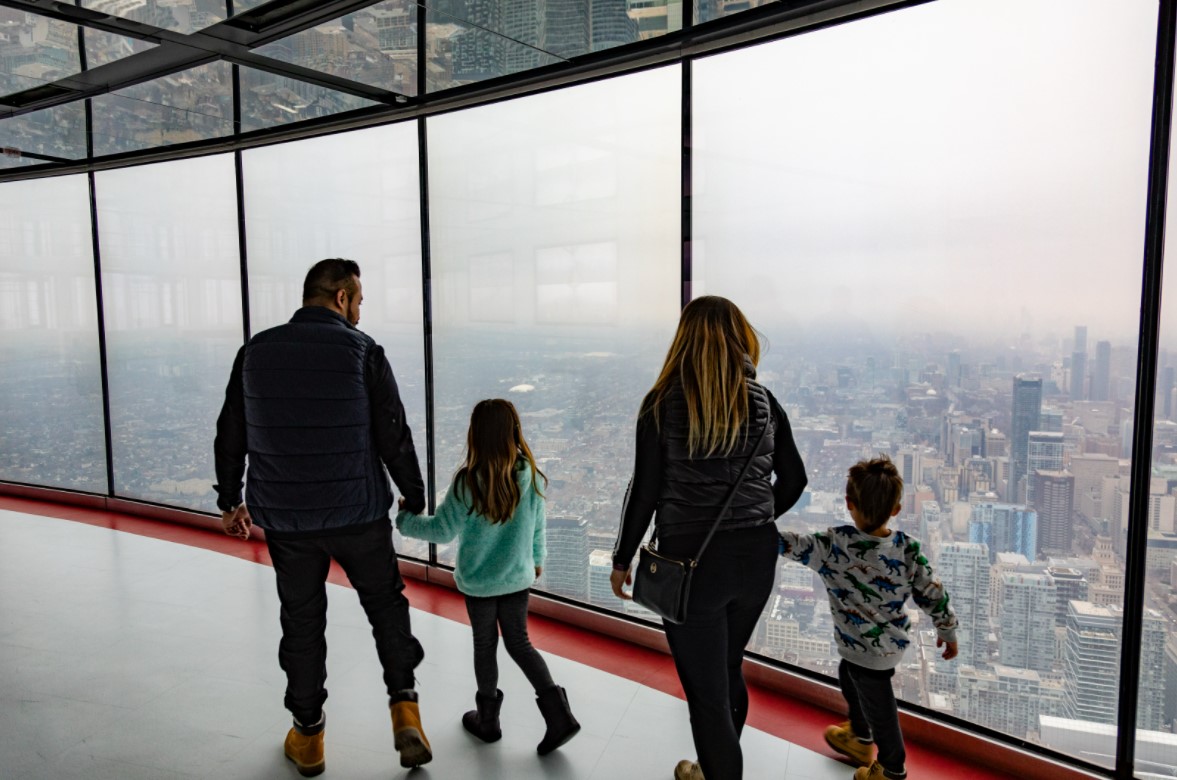 Not for those who are afraid of heights, but an essential for everybody else. A trip up the CN Tower throws up remarkable views of the city and is top of many people's lists when they visit Toronto. A glass floor on the tower's observation level allows people to 'walk on air' while staring down at the ground 114 storeys below. Gulp.

Oh, and if you're really brave you can take on the edge walk.

In full: 14 stunning islands you can fly to direct from Edinburgh in summer '22 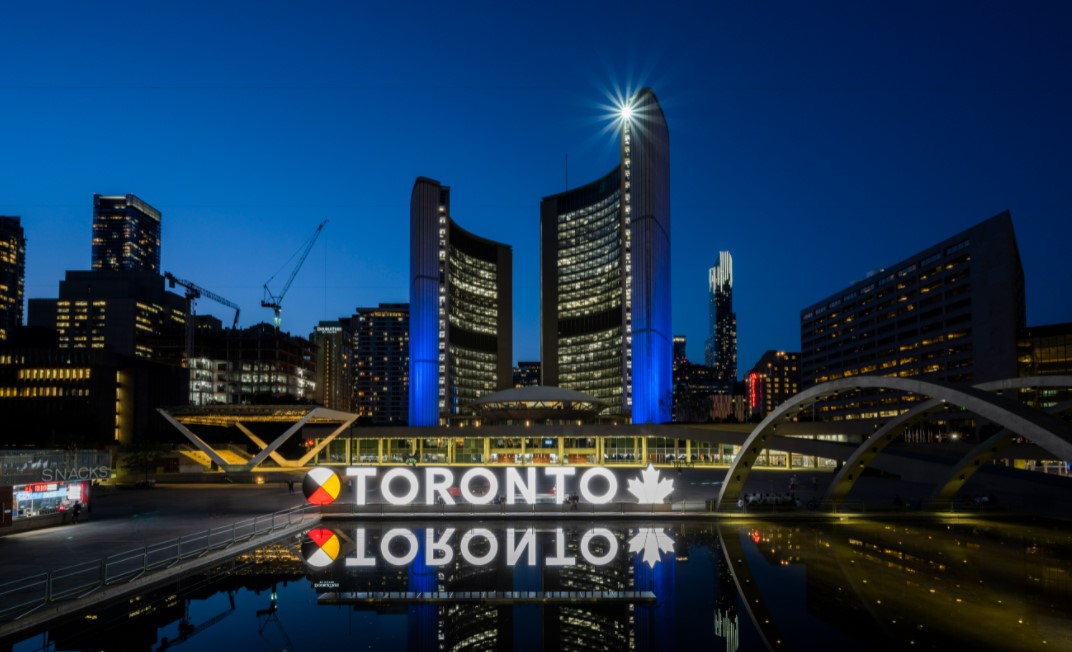 If there's something going on in Toronto there's a good chance it's happening here. Nathan Phillips Square is the focal point for many events in the yearly calendar. New Year celebrations, exhibitions and music concerts are just some of the things which take place. Remarkably there's also a pond and water fountain which turns into a family-friendly ice rink in the winter. 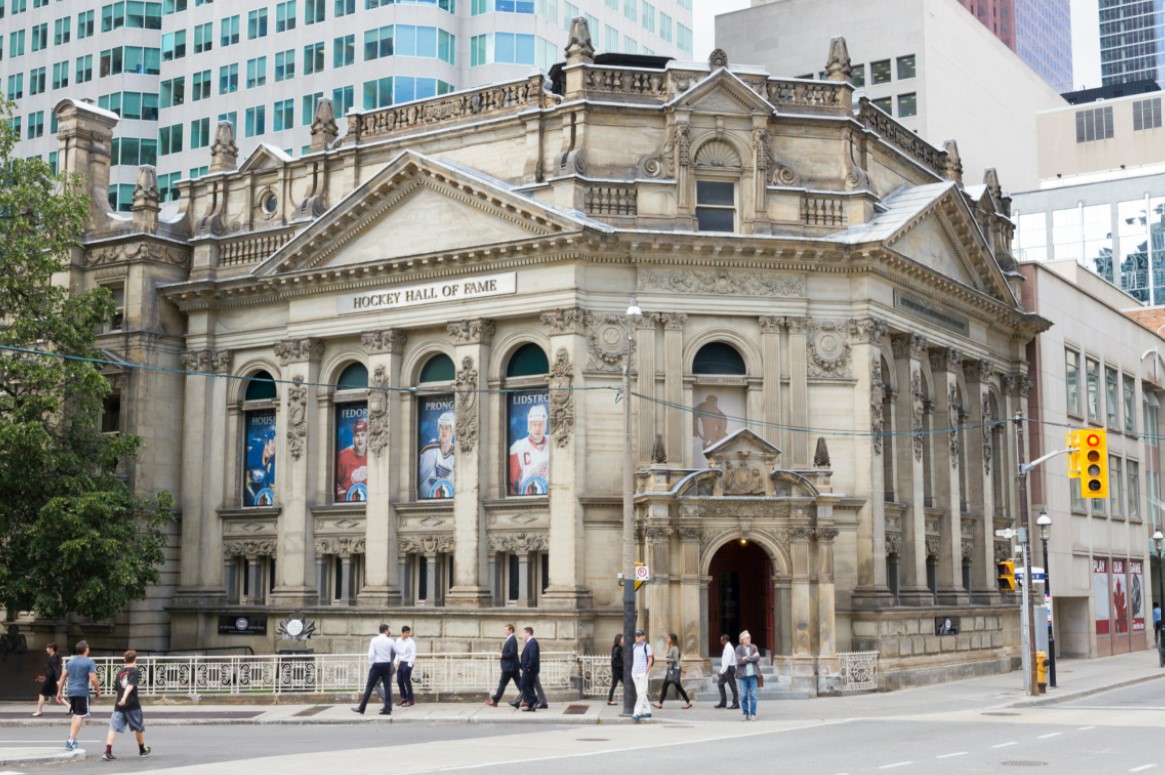 There are few things more popular than hockey in this part of the world, and this museum is dedicated to all that is great about the sport. Expect trophies, plenty of memorabilia, and exhibits about some of the most iconic players and teams.

On the right tracks 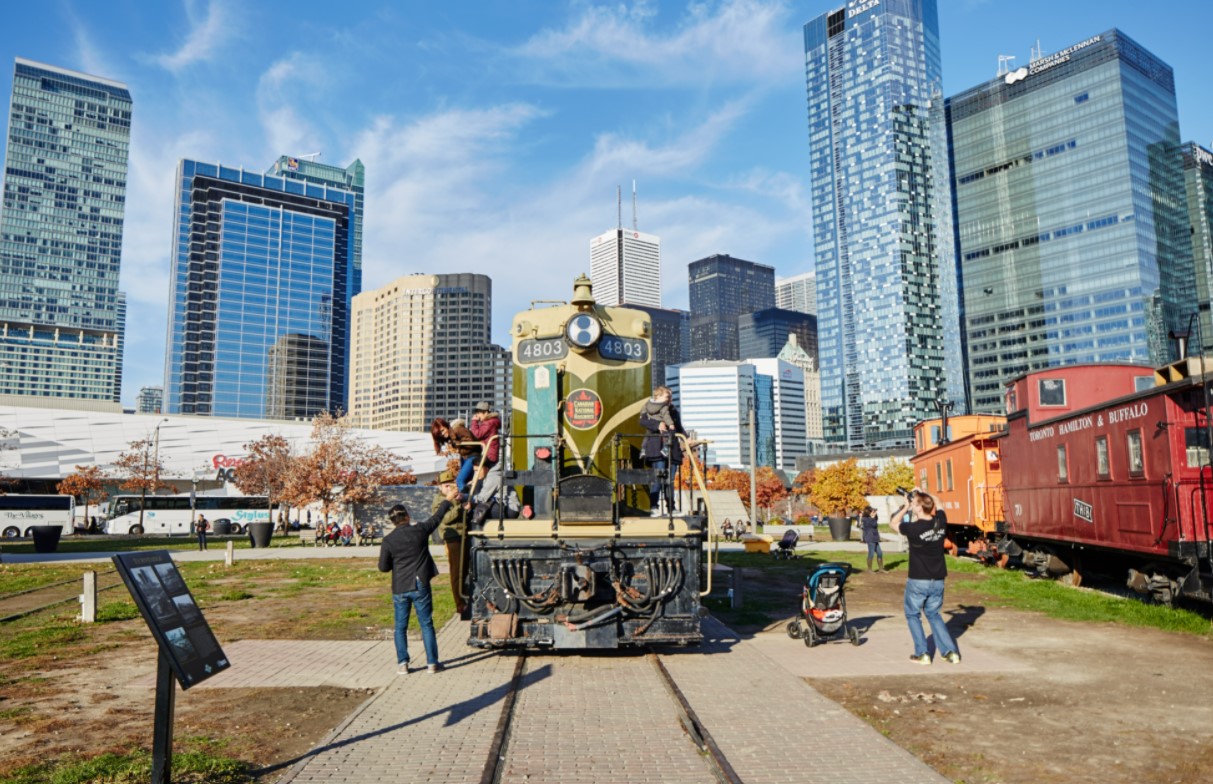 Full steam ahead. The Toronto Railway Museum can be found in Roundhouse Park, right in the middle of downtown Toronto. It belongs to a number of different organisations, including Destination Toronto, and is intended to give people a fascinating insight into the city's vibrant railway history. 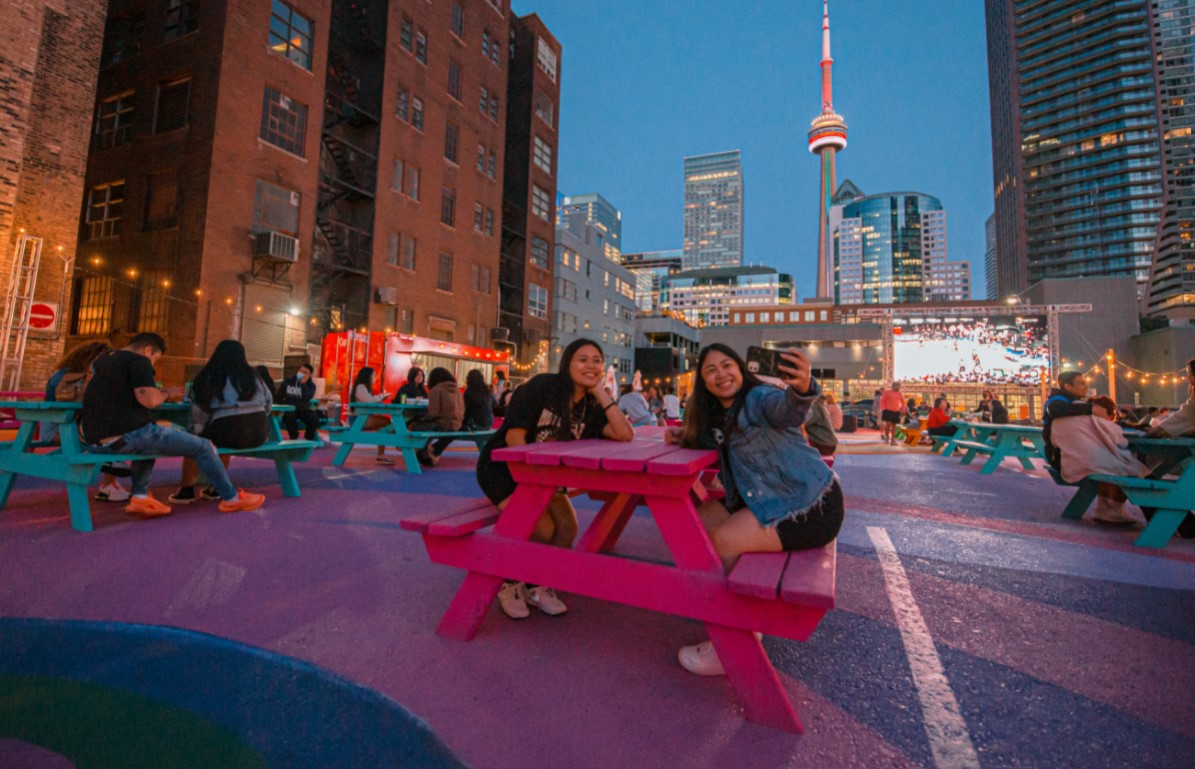 There are so many different ways to enjoy the beauty of Toronto, and this is among the very best. A former parking lot, RendezViews is the city's largest go-to outdoor patio where people can enjoy food, drinks, music and a lively atmosphere in the shadow of Toronto's magnificent skyline.

It's a city with a lively nightlife scene, and these outdoor patio bars are a big part of that.

'Non-stop' Edinburgh to Toronto services: More flights to Canada and beyond on the way 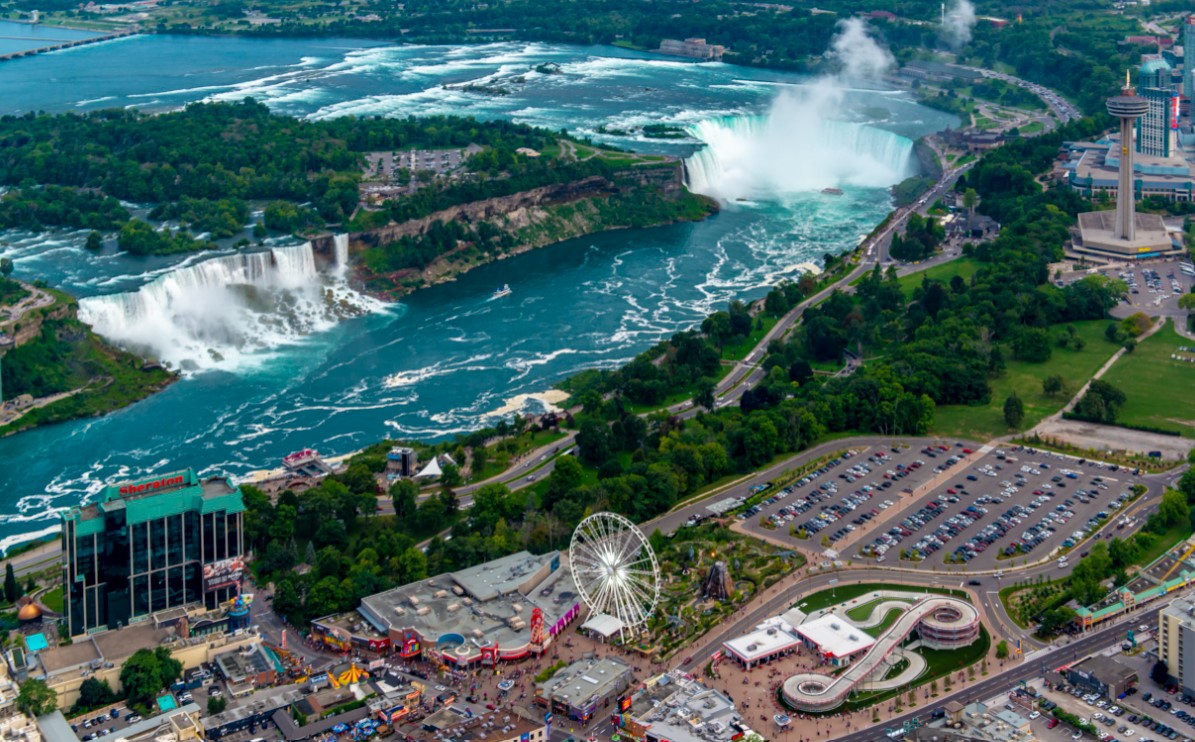 Okay, you may need to take an 80-mile trip around Lake Ontario to get there, but Niagara Falls is a must-not-miss when visiting this part of the world. Plus, there are far worse road trips we could think of.

These days Niagara Falls is pretty much a town in itself, with attractions such as the Niagara Skywheel, Skylon Tower and the Journey Behind the Falls allowing people to make the most of their trip to this natural phenomenon, without missing a beat.

You can visit the Toronto destination page by clicking here.

Life at EDI: Apprentices talk about what it's like to work at Edinburgh Airport

Michael Taylor and Harry Chalmers provided an insight into their jobs at the airport.

New staff are being recruited to meet the demand, while existing staff are also pitching in.

Our guide to airport security: The best ways to ensure a stress-free experience

A quick guide to navigating airport security like a pro.

Step into the airport noise lab: Monitor the volume of passing planes live and learn about aircraft noise rules